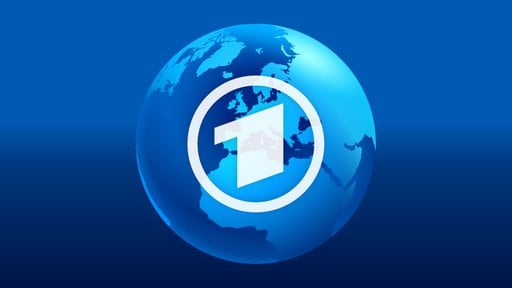 Turkey has blocked the start of accession talks with Finland and Sweden in NATO. As several media reports, it was not possible for the NATO Council in the morning to make the decision necessary to start the admission process.

Turkey seems more than happy to resume that role

Reminder that there is no mechanism for kicking a country out of NATO.

Suspension of some kind is a thing, it happened to Portugal for some time in the 70s I believe, but ATM countries cannot be removed from NATO by other members.

That said, for all the Turks reading this, Erdogan is using these negotiations to try to win back domestic support while the Lira inflates like a balloon and the economy spirals out of control.

You may agree with him on this, thats fair, but know (albeit you’re likely also aware) that he’s using public sentiment on this issue to distract from his disastrous economy.

Ball is now on NATO’s court and either we are in or we are out, but there’s not much we can do besides wait for now. I don’t think Finland or Sweden has so different stances on these Turkish issues than rest of NATO. We have to align with the NATO, not the other way around. Sincere thanks for the quick support from our allies such as UK, US, Germany, France, Netherlands, Denmark, Estonia and Norway (at least).

Reality is that Sweden and Finland have several security arrangements in place. Whether to join NATO or not would make not a whole lot of difference in a short time period since individual NATO members will protect the territorial integrity and will be involved anyways.

The real losers of this blackmail is Turkey itself. Because in the end, if they even veto this then obviously nothing would change, the situation would be the same. No new NATO members.

As result Turkey can probably expect a blackmail in return. More economic pressure, remaining sanctions and moreover, the discontinuation of future military tech-programs. Turkey has already been excluded from military tech programs and purchases because of their failure to simply purchase the patriot system.

Turkey dragging Finland into it’s problems with Sweden “just because”.

The interesting thing is that Turkey didn’t make any demands or asked for any concessions from Finland or Sweden. They don’t even want to discuss anything with Finland or Sweden. This makes it look like this has nothing to do with the applicants. Either way, we will endure, worse case, we don’t get accepted until it is no longer needed.

I know that Turkey’s super Important for NATO and all, but you still gotta wonder what is the point of an ally that’s going to fuck you over. Maybe NATO would be better without them.

Whether Turkey’s concerns have any merit or not, what is so incredible about this situation is that during the past month both the Finnish foreign minister and president discussed the upcoming NATO application with their Turkish counterparts, and at that time neither Erdogan nor any other member of the Turkish government brought up the current issues.

Turkey lied to our face that they saw no issues with our application, and only after Finland and Sweden announced their applications and were at their most vulnerable, did Turkey suddenly “remember” these oh-so-important security concerns.

If this is how Turkey conducts itself as a NATO member it’s no wonder the rest of the allies don’t seem to have a very high opinion of them.

As a Finn I am starting to think that if Erdogan has NATO by their ballsacks so much that we get rejected, its best we dont join. This will be test for NATO as a whole as well. If NATO is so weak that some small dick dictator Erdogan gets to just ditch us nordic democracies wayside, I think its best we stay out.

Just make a Northern Arctic Treaty Organization with all Skandinavians Canada and the US, station US troops in Finland and its the same.

I hope zero concessions are made to Erdogan, even addressing any reasonable requests would be extremely damaging after all the lies and betrayals. Appeasement doesn’t work with dictators. If NATO is unwilling or unable to get its dictator in line then it is not an organization worth joining.

It doesn’t really matter. Finland and Sweden are both part of the European Union which has a mutual defense clause.

If Russia attacks either, it’s an attack on the entire EU. Russia can barely handle Ukraine, they wont start more shit.

– NATO should classify not only the Kurdistan Workers’ Party (PKK) but also the Syrian Defense Forces (SDF) and the Fetullah Terrorist Organization (FETO) in the alliance’s list of threats.

– The United States should then extradite Pennsylvania-based dissident cleric Fethullah Gülen to Turkey.
– All NATO members, including Sweden and Finland, must cease any activity by the PKK, SDF, or FETO on their territories.

– The United States and other NATO bodies must lift all sanctions related to Turkey’s purchase of the S-400, including sanctions upon the Turkish Defense Industry Directorate.

– Turkey would not only receive the new F-16s and upgrade kits for its existing fleet, but Turkey will also be able to rejoin the F-35 program from which it was expelled after activating the Russian S-400s.

(From [AEI: Erdogan Issues His Demands to NATO](https://www.aei.org/foreign-and-defense-policy/erdogan-issues-his-demands-to-nato/)

I am so glad we are no longer tha baddie

in the meantime, while the diplomats try to figure this one out, maybe it is finally time to get an EU army going?

I hope turkey get 0 points next Eurovision! 😤

This is your yearly reminder that France, UK, Germany, and Norway (all founding members of NATO), have all lobbied to have Turkey removed from the alliance in the past few years. This is mainly because they feel that Turkey no longer reaches the requirements of being a member nation: not sufficiently democratic and the aggressor in multiple territory disputes with other NATO and non-NATO countries (Greece, Cyprus, Georgia, Azerbaijan, Kazakhstan, etc).

Edit: Lobbied for suspension, not removal. Suspension removes the responsibility from other member nations to provide assistance in all events save actual armed invasion.

So happy Turkey are not in the EU. Imagine the drama…

Great idea Turkey. Blackmail usually ends well for blackmailers in an ongoing relationship with the blackmailees.

Erdogan is another one of those leaders, that simply has no place in the 21st century.

The funny part is it really doesn’t matter because the US and much of Europe already pledged to defend Finland and Sweden regardless of NATO membership, and they’re already part of the EU anyway which makes Erdogan jealous.

Fine, we will start NATO2, with Sweden and Finland and blackjack and hookers.

Meanwhile Croatia will also block it due to Bosnian election laws… Makes you really want join this well functioning organisation.

Turkey should really lets the cats take over their government. The Hagia Sophia cat Gli would do a much better job.

I kinda had the naive notion that the reality of morons as leaders that play bullies would end with the bitch slap we collectively received with Putin.

Reading the threads it seems that we actually like to be bitch slapped.

So, Turkey’s economy is on the verge of collapse, Erdogan’s political party is a neo-ottoman, friendly with dictators and removed parts of their constitution to keep him in power. Got it… So let’s keep countries OUT of NATO that deserve it and keep this POS in. Kinda seems backwards to me.