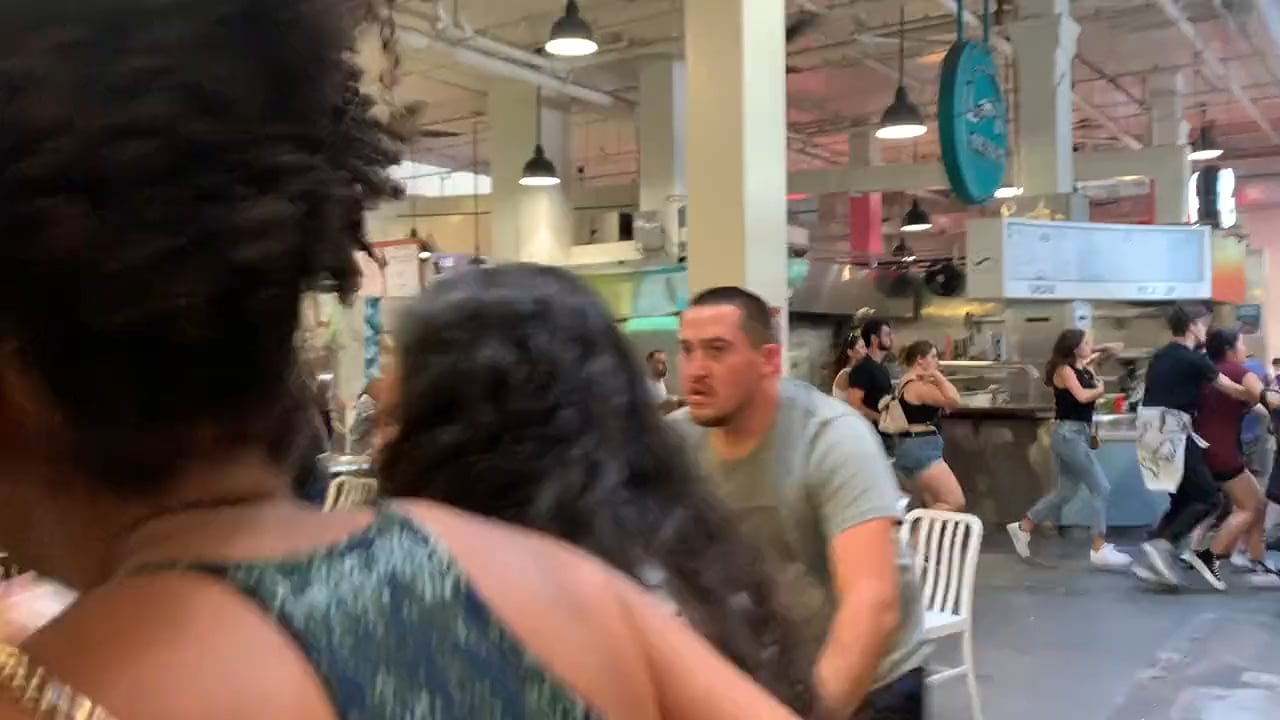 One person was shot at the Grand Central Market Saturday afternoon.

Authorities were dispatched to the scene at the well-known food market just before 4 p.m. after reports of a shooting.

One person was struck by gunfire. Their status was not immediately known.

No information was available on a suspect, other than that they had already fled from the scene and were described as a White male.

Cell phone footage from the scene showed patrons running in all directions after the sound of the shots fired echoed through the market.

Officers disclosed however, that the shooting did not occur inside the market, but just outside of the doors.

Cameraman is nice with it… damn everyone’s running away and he’s walking towards it. Beautiful commitment

It’s a shooting, not a flood. Get off the damn chair!

Is that a knife in his left hand?

I loled watching the security guard run away

I LOVE that market. Gonna stop by Eggslut on my way out. . .

I’m not trying to be combative, but I would honestly like to understand how the bystanders could have helped in this situation. I have absolutely zero training or skills I can think of that would enable me to assist a shooting victim, other than to call 911 which was already done. If I ever end up in this situation, what should I do to help?

camera guy is like ” let me find that active shooter man, this going on world star”

Why is everyone power walking/ jogging? That’s when you DIP

So many different levels of urgency….humans are so interesting

The guy wound up dying unfortunately

Can’t believe ppl are actually trying to finish their drinks….

Ya I’m staying in my house.

This should probably have an NSFW tag, for the body laying on the ground…

When did this one happen?

The guy filming this is the protagonist of every horror movie ever made. “What’s that? An obvious death trap you say? I better take a look!”

It has now been “0” days since our last public shooting. – America

Hahaha the guy in the white T-shirt at 0:08 was like i just got this beer. Im taking it! 🤣

“He’s dead. Someone shot him”

“Stay back, it’s a crime scene”

*No one gives first aid. Everyone keeps filming the guy dying*

“Did somebody call an ambulance?”

Welcome to the bystander effect my friends.

So he pulled a knife, and someone else pulled a gun, it’s never worth it folks, always walk away if you can.

We’ve entered so new stage of disfunction with our phones, the guy rolling up to get a close up video of the guy shot on the floor? Not normal!