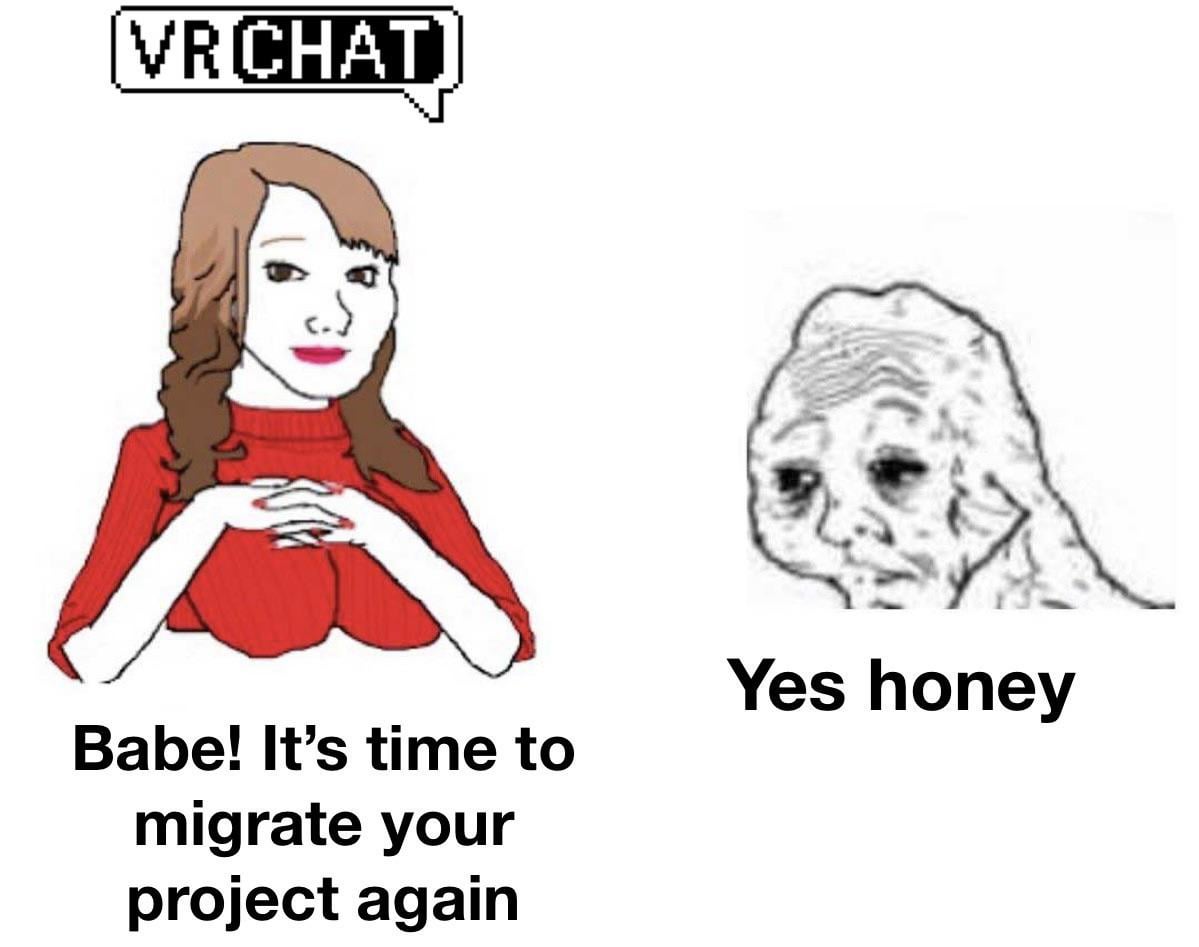 I wouldn’t recommend doing that yet. It’s mostly fine on avatar projects but on my world project udonsharp spammed 999+ errors every second.

If you still want to try it out. Do backups or you have a high chance of regretting it.

Do not tell me there is another update just came out.

I checked and fixed all my avatars after previous PhysBones update (which is still cool, because finally Quest versions of avatars became way better). But it took 2 weeks every freaking evening. I don’t want to do this again.

Maybe it breaks in the short term, but in the long term they are suddenly bringing so much more cooler shit than before