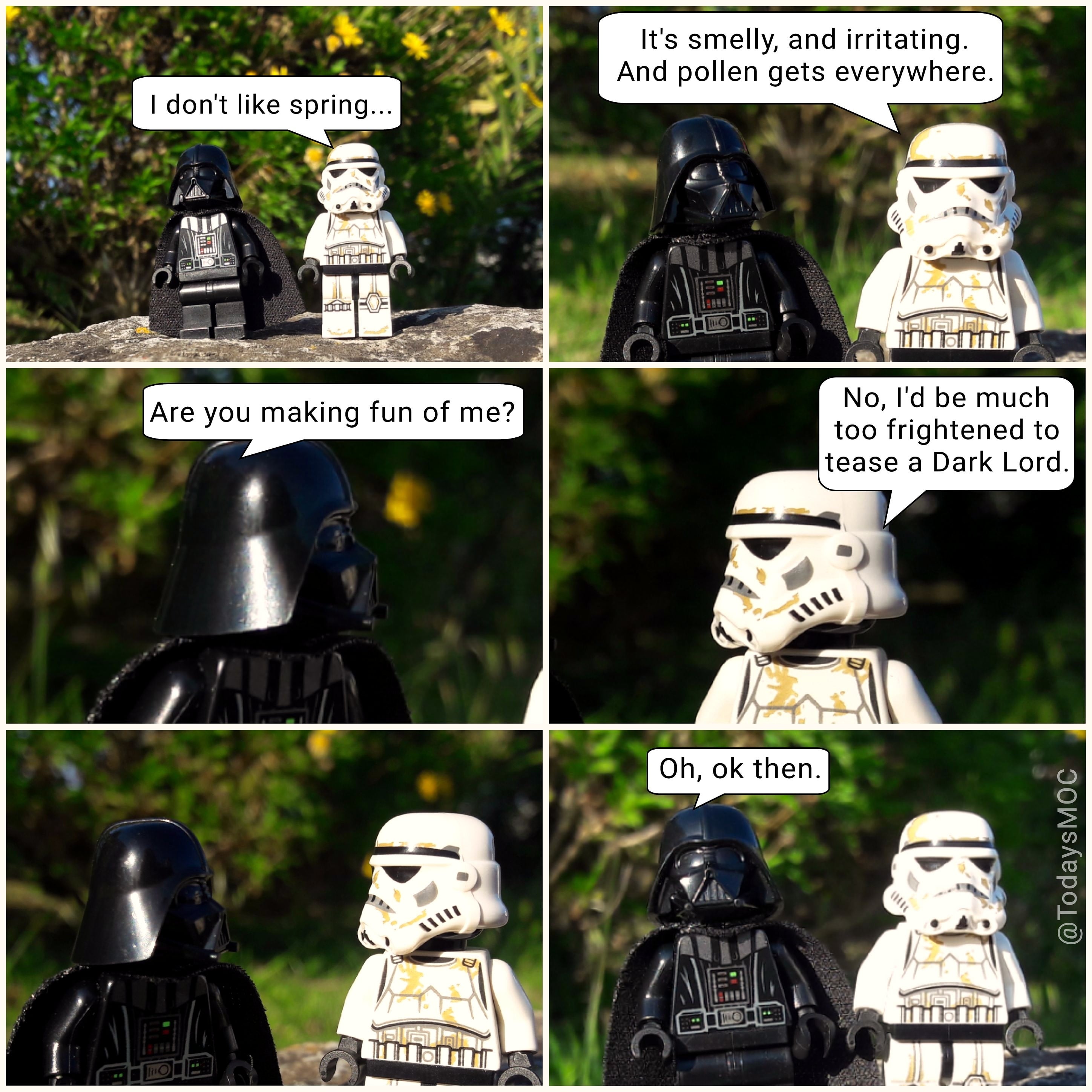 3 replies on “Allergy symptoms in Spring 🤧”

I love this lol

This made me laugh lmao I love it

“Get ready for the first Rom-Com set in a Galaxy Far, Far Away. Jerry, the Stormtrooper stuck in a terrible marriage, and Darth Vader, the dark Apprentice to the Emperor. Both need love and just a little bit of mischief. Lucasfilm presents a film directed by Amy Schumer:

Black, White, and Love All Over